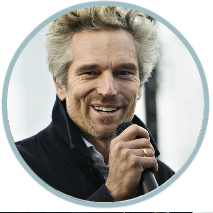 Amager Bakke, also known as Amager Slope or Copenhill, is a combined heat and power waste-to-energy plant and sports facility in Amager, Copenhagen, Denmark. It opened in 2017 and partially replaced the nearby old incineration plant in Amager. The two plants play a major role in Copenhagen’s ambitions of being zero carbon by 2025.
The plant opened on 30 March 2017. It is estimated to cost $670 million, and is expected to burn 400,000 tons of municipal solid waste annually. It also houses a sports facility designed by Bjarke Ingels Group with an 85 m (279 ft) tall sloped roof that doubles as year-round artificial ski slope, hiking slope and climbing wall, which opened to the public October 4–6, 2019.
Technically, it is designed to change between operating modes, producing 0-63 MW electricity and 157-247 MW district heating, depending on the local heat demand and power price. It produces more clean water than it uses. Because of filtration and other technologies, sulphur emission is expected to be reduced by 99.5% and NOx by about 95% as well as dioxins and HCl and it is claimed to be the cleanest incineration plant in the world.
A special feature of this facility will be that the chimney is intended to not emit its exhaust continuously, but instead in the form of “smoke” rings (consisting of water vapour rather than actual smoke).
The Amager Bakke Foundation is responsible for the realization and administration of the recreational facilities at Copenhill - the combined energy plant and rooftop park. The facilities include Denmark’s largest ski-slope, the worlds tallest climbing wall, a cafeteria and visitor platform with stunning views of the city and region and ski rental/service facilities. Denmark’s new landmark opened in October 2019, within time and budget